by fitzpatrickc on March 1, 2018 in Uncategorized • 0 Comments 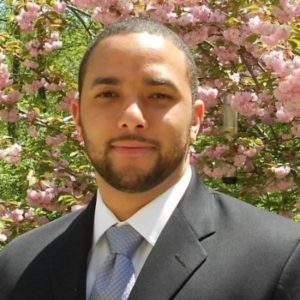 Delisle Warden is joining the Skyline College administrative team as the Interim Dean of Global Learning Programs and Services.

Delisle has had an interesting career in the private sector and in the U.S. federal government. After graduating from Emory University, he moved to Washington, D.C. where he worked as a paralegal at the U.S. Department of Justice (“DOJ”), Civil Rights Division. After two years of working on legal cases throughout the U.S., Delisle left the DOJ to attend law school. While attending Harvard Law School, he was privileged to work as a research assistant to Professor Kenneth W. Mack and to serve as a General Editor for the Harvard BlackLetter Law Journal (now known as the Harvard Journal on Racial & Ethnic Justice).

Delisle left government service after receiving a fellowship from The Consortium for Graduate Study in Management. As a fellow, he attended Washington University in St. Louis where he studied organizational behavior and entrepreneurship. Subsequently, he moved to the San Francisco Bay Area and was a Senior Manager on the corporate strategy team at Hewlett Packard Enterprise.

Delisle holds a BA from Emory University, a JD from Harvard Law School, and an MBA from the Olin Business School at Washington University in St. Louis. In addition to spending time with his wife and children, Delisle enjoys photography and taking Muay Thai classes