by Becky Threewit on January 29, 2021 in Uncategorized • 0 Comments 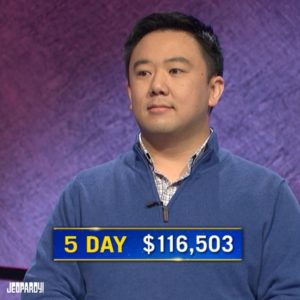 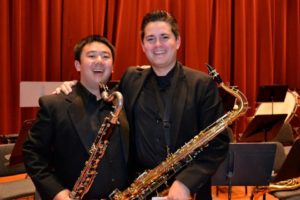 Former Skyline College Music Department student Brian Chang has taken the iconic game show Jeopardy! by storm, and after seven straight days of fierce competition, he remains champion. As of January 28, 2021, he has defeated 14 excellent trivia opponents and has won more than $150,000.

A talented and avid musician who still plays piano and bass clarinet in several community bands and orchestras, Brian is an attorney at a prestigious law firm in Chicago, Illinois. He holds a BA from Stanford University and a JD from the University of Michigan. He credits knowing a correct response for a clue worth $2,000 (“Who is Odette?”) to a 2015 field trip taken by the Skyline College Concert Band to the San Francisco Ballet for a performance of Tchaikovsky’s Swan Lake.

Jeopardy! airs weeknights on ABC at 7:00 p.m. Ken Jennings is currently serving as guest host on the iconic game show, replacing the late great Alex Trebek. Will Brian surpass Ken’s 2004 record of 74 straight victories? Tune in tonight to find out!