National Poetry Month ended the month of April with the Book Spine Workshop & Contest, hosted by Skyline College Library on April 19, . Several students selected and stacked books to create their own inventive and expressive poems. The prizes were one $25, $15, and $10 gift card, a donation courtesy of Skyline College Bookstore. 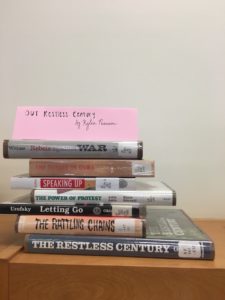 First place winner for the $25 gift card was “Our Restless Century” by Kylea Pearson:

The Future is Ours

The Power of Protest 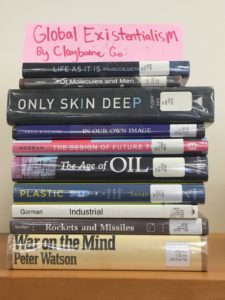 Life As It Is

Of Molecules and Men

In Our Own Image

The Design of Future Things

The Age of Oil

War on the Mind 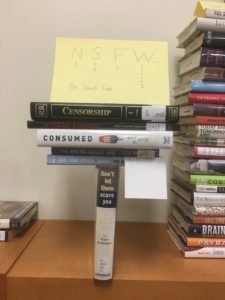 The Way We Really Are

Give Your Speech, Change the World

Don’t let them scare you

The Library would like to thank all of our students who participated in the Book Spine Workshop & Contest event, as well as congratulate the winners.