by fitzpatrickc on September 28, 2018 in Uncategorized • 0 Comments 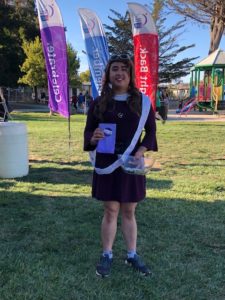 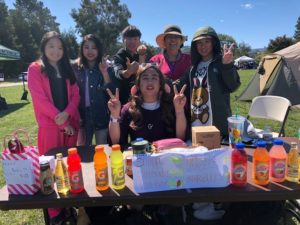 The Skyline Striders raised more than $1600 for the American Cancer Society. The team was also recognized as a Rising Star Team for raising over $1000. The team received the Most Spirited Team and Most Creative Fundraiser awards. Team member, Michael Wong, raised funds at the Relay by entering the Miss Relay contest. Michael won Miss Relay.

Beta Theta Omicron has a long history with the Relay for Life events. In 2009, the chapter worked with the American Cancer Society to hold the first San Bruno Relay, now the North Peninsula Relay. That Relay was held on the Skyline College track on one of our foggiest days. Visibility was limited to 300 feet, approximately the width of the track.