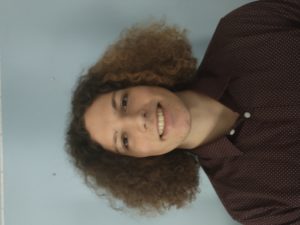 Jackson Gravagno is a new student intern in the Job Shadow Program at the Bay Area Entrepreneur Center of Skyline College (BAEC).  Jackson’s goal is to pursue a double major in Political Science and Film.  After spending two years studying in the east coast, he decided to attend community college to finish his studies back home.  Since returning, he’s focused on creative outlets ranging from writing scripts to aspects of 3D animation.  Jackson has experienced the Bay Area through the lens of a camera and the local music scene and he’s passionate about bringing effective media initiatives together to help his community.

As a student intern at the BAEC, Jackson shadows the marketing team, supporting social media engagement, creating marketing collateral and content creation.  It’s a joy to have Jackson on the team, and to be a part of connecting his love for media and art, to real-world career experiences.  He is a wonderful example of how Skyline Shines.