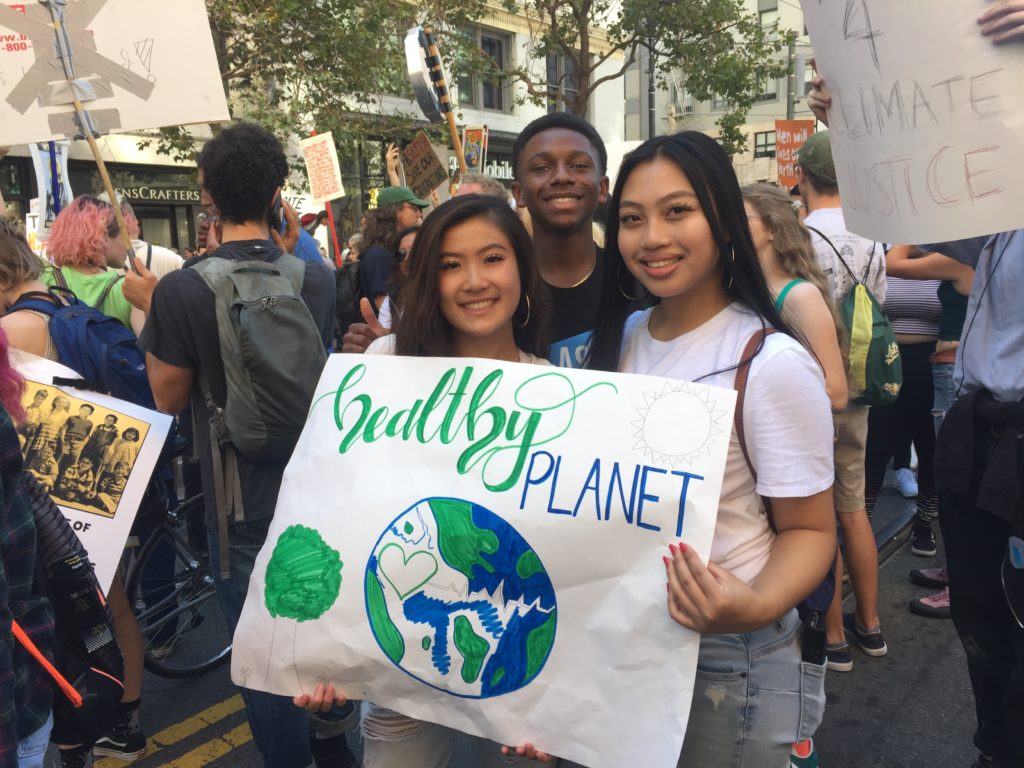 On Friday, September 20th, 2019, Middle College students responded to the call for action from youth activists around the world to attend the Global Youth Climate Strike. 30 juniors and seniors from Middle College traveled to the Youth-Led Climate Strike, marched, and spoke their minds in downtown San Francisco. Over 40,000 people attended the rally in San Francisco, with over four million participating worldwide.

Middle College student, Amadea Manalili is a student activist who helped organize her classmates to attend the protest. Motivated to attend the strike. “The rights to our land are being challenged by massive institutional systems such as colonialism and consumerism. The issue is all encompassing. Solving climate change would solve so many other problems as well.”

When asked how attending the march felt, “ It was awesome. Uniting. Being a part of something that everyone in the world was taking part in was an experience that I cannot describe. I became aware of a sense of cooperation and solidarity with the entire human race as an organism sharing space in a sensitive ecosystem.”

For many Middle College students, this was their first exposure in taking direct public action. Having the opportunity to use their voice and express their concerns about the threat of climate change was an empowering and impactful experience for the students.
The protest action was contextualized within the curriculum at Middle College through service learning pedagogy. Students first learned about the protest from a speaker with the Youth vs. Apocalypse movement, who visited Middle College on Friday, September 13th to discuss their movements platform, agenda, and planned actions. Following the protest, Middle College juniors considered the historical precedent of competition for scarce resources in their U.S. History class with a modern day reflection assignment, and the seniors explored how to turn their raised awareness into action with a workshop and brainstorming session on the Just Transition framework.

This action comes at a pivotal moment in the climate justice movement. The massive social movement that our students contributed to was recognized globally by the United Nations at their Climate Action Summit, held on Monday, September 23rd. Speaking at the summit, youth climate activist Greta Thunberg echoed the concerns of many of our students when she said, “We will not let you get away with this. Right here, right now is where we draw the line. The world is waking up. And change is coming, whether you like it or not.”
An exhibit of student photographs and protest signs from the march is on display at Skyline Middle College, located on the third floor of Building 2.

Article and Photo by Timothy Rottenberg