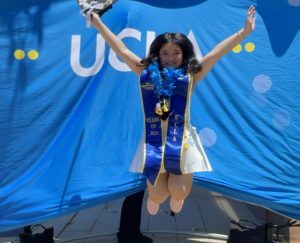 May Myat Noe Tun, alumni of the International Student Program (ISP) at Skyline College, says, “I want to share through this article that … it’s a really great program and you won’t regret coming to Skyline College at all.” A UCLA graduate, May has been highly successful in the U.S. and has recently been accepted to a Linked-in sponsored leadership program.

May is originally from Myanmar and came to the U.S. to help her home country, “ become a better place… the U.S. is just full of opportunities.” She was especially interested in medical research in the U.S. (though she eventually decided to go down a different route).

May wanted to attend UC Berkeley or UCLA and knew going to a California community college would increase her chances of getting into both schools. Once she learned that Skyline College is one of the few community colleges in California that provides scholarships to new international students, she decided to apply. ISP staff supported her through the application process and helped her successfully obtain Skyline College’s scholarship for new international students, the Global Beca International Student Scholarship.

At first, living abroad was a struggle, “suddenly I’m in a whole different country with like literally two or three people I know.” At the same time, she was living on her own for the first time and had 8 a.m. classes, Monday through Friday. Fortunately, she had plenty of support.

May says that the ISP helped her through the transition, “Chikako [Walker, Interim Program Manager] and Carlos [Romero, the ISP’s Counselor] were there all the time for me… They’re like two of the nicest people I’ve ever met in my life.” Whenever May was overwhelmed or worried about her ability to pass a class, Carlos tried to find alternatives and helped her “in every way” he could. She says, “Carlos was my mental support.”

In addition, May found that having, “a community of International Students [at] Skyline College was really valuable for me.” The ISP helped her form supportive friendships with people “in the same boat.” She remembers that in addition to providing much-needed companionship, her friends took care of her when she was sick and sent her to Skyline College’s Health Center.

In fact, it was one of her friends who told her about a job opportunity at Skyline College’s Learning Center, where she ended up working as both a math tutor and a student assistant (she also worked at the Transfer Center later on). She found her jobs, “really rewarding, you know, to be able to create connections and be able to help people.” She still talks to people she met while working at Skyline College.

May also got involved with clubs. She joined the Japanese Culture Club and ended up running their social media. She still uses the skills she learned in her current job. In addition, May and her fellow Burmese students, inspired by their peers, worked together to create a Burmese Culture Club. Obtaining the signatures required to form the club was challenging, but the students persevered.

Skyline College’s “very fun” classes also paved the way for May to succeed. She liked the small class sizes and felt they allowed her to connect with her professors, “In Skyline College, I went to office hours all the time.” In one memorable instance May almost failed a biology mid-term; however, the professor went out of his way to help her, and in the end, she got an A in the class.

Initially, May planned to major in Biotechnology, but she quickly realized that lab work was not for her. However, she discovered a love of psychology after taking a general education course. May says that while there is a “stigma” against psychology majors in Myanmar, she realized in the United States that psychology has broad applications. She graduated from UCLA with a degree in Cognitive Science in 2021. 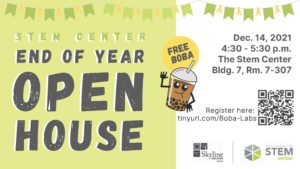 The STEM Center will be holding an open house for the Science, Technology, and Health Meta Major on December 14th, 2021 from 4:30-5:30. This will be a fun opportunity for students, faculty, and staff to see the STEM Center and STH labs and facilities while meeting people and enjoying tasty snacks and fun activities. Everyone is encouraged to attend, so please share with your students and groups. Please register at https://tinyurl.com/Boba-Labs and we hope to see you there! 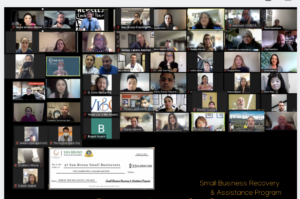 The BAEC has supported forty-seven local businesses through Small Business Recovery & Assistance Program (SBRAP), with direct funding in the form of Micro Grants awarded by the San Bruno Community Foundation and the City of San Bruno. Each recipient has received $7,000 to aid their business through the struggling effect of COVID-19.

To date, BAEC has provided 33 Zoom workshops for the recipients of the Micro Grant, as well as one on one coaching in the areas of lending and finance, marketing materials and graphics and social media and marketing strategy.

You can find the workshops on

For more information on the SBRAP, connect with us here: baec@smccd.edu 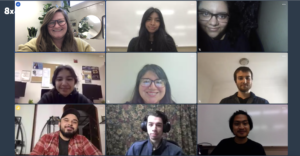 On Friday November 19, 2021, Skyline College’s Forensic team competed in the Diablo Valley College “DVC Thing” Tournament. 17 schools from across the Bay Area, Southern California, Arizona, and Georgia participated in the third inaugural tournament held at Diablo Valley College. Students had the opportunity to showcase talents in over 15 different categories of speech and debate events.

Brittany Arriharan competed in six online back-to-back rounds over the span of eight hours, ultimately earning a Gold medal! Kalin Ivanov competed in five online rounds of IPDA finishing the tournament earning a silver medal. In addition to earning Silver, out of 30 students entered in the Novice IPDA category, Kalin was named Top Speaker in the event! Participating in debate at the college level of competition not only takes knowledge and technical skills but endurance. The Skyline Community is so proud to everyone who participated and their commitment to the event! A special shout out to our two volunteer coaches who joined us this semester: Mikey Gutierrez and J.P. Escarcega (not pictured), your help has been immeasurable, thank you!

If you are interested in joining the speech and debate team, consider enrolling in COMM 172: Forensics. For the Spring 2022 semester the late start class will begin instruction on Tuesday February 1, 2:10pm-4:00pm. You do not need to be a Communication Studies major to enroll and participate; just look at the major/degree diversity represented on our current team. All skill levels and experience are welcome! If you have any questions about joining the team, contact Director of Forensics, Lindsey Ayotte at ayottel@smccd.edu and (650)738-4276. 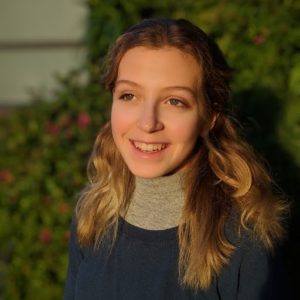 San Francisco’s collegiate forensics programs unite each semester to offer a bi-annual intramural tournament that affords CCSF, SFSU, Skyline College, and USF students an opportunity to practice and apply methods and skills studied in courses such as public speaking, oral interpretation of literature, persuasion and debate.

Many students on our team do not call Skyline College their “home” campus; we serve students from all three colleges in the district. Somerset Grant is currently a Middle College student at Cañada College and we are so proud to have her win on behalf of Skyline College!

The Spring 2022 Intramural will be taking place at the end of April. All students enrolled in a public speaking and/or debate class are welcome to compete. If you are interested in competing, please reach out to Skyline College’s Director of Forensics, Lindsey Ayotte (ayottel@smccd.edu). We encourage any and all interested students to register and participate in bi-annual intramural tournaments!

Poetry Corner Cultivates Community through the Language(s) of Poetry 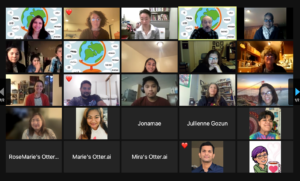 Namaste and buenas tardes! On November 18, in recognition of International Education Week, faculty members Pia Walawalkar and Rob Williams initiated Skyline College Library’s first ever Poetry Corner virtual session of non-English poetry by inviting all participants to greet one another in their “mother tongue.” What followed was an emotional experience for many as poets and readers courageously shared personal struggles, recollections, and dreams for the future through original, contemporary and historical poetry.

World Languages professor Luciana Castro began, expressing her sincere gratitude for the event, which “pretty much represents everything I’m about professionally and on a personal level as well.” First in Portuguese and then English, she read her mother Abigail Castro’s first prize winning poem “Magnet,” one that landed her on Brazilian radio in 1954 and launched her career as Brazil’s first female radio poet. Professor Castro recited the poem in her late mother’s memory.

Sociology professor Rika Yonemura Fabian read next, explaining that in Japan, because there is not a public culture of reading poetry aloud, this was an entirely new experience for her. She chose a poem by Japanese poet Murou Saisei about being away from home, reflecting her own experiences on being an immigrant not once, but twice. She explained the poem’s significance, that one may sing about their hometown with sadness, feeling marginalized between two countries.

Skyline College returning alumna Hilary Cruz Mejia next treated the audience to readings in Spanish and English of her recently published poem, “Virtual Hands of a Country that is not Heard,” in reference to her experiences growing up in a small fishing town in Guatemala, of her Mayan roots, her grandmother’s wisdom to her daughter to heal her childrens’ hearts with tea, and the often unspoken tragedies of her native country’s colonial past.

Next, Pia Walawalkar and professor Sujatha (Suji) Venkataraman co-read a poem in Tamil and English by celebrated poet Subramania Bharati called “Cats.” In this work of social criticism, Bharati denounces Brahmin discrimination against lower castes using the analogy of a litter of kittens: “Would it be right to say that one color is higher and another of lower stature? Difference in color does not mean difference in people when thoughts and actions are similar.”

Skyline College student Manisha read an original free verse poem in Fiji-Hindi, “What will people say?” about her own struggles as a young woman experiencing a game of tug-of-war between her American and Indian-Fijian identities.

San Mateo County’s own poet laureate Aileen Cassinetto followed, reading a love poem by her friend, the anthropologist Albert Alejo that she had translated from Tagalog to English.

Readings continued by Professor Emilie Hein and her bright young sons Tristan and Elliot in both French and English. In honor of veteran’s day read, they read the poem “Freedom” by “poet of freedom” Paul Éluard whose poems were dropped from parachutes on occupied France during the Resistance of World War 2.

They were followed by inspired readings by Professor Susanne Schubert, students Michael France Sagum and Oliver Tinoco, and others.

Throughout the hour and a quarter, the virtual audience listened carefully and supported one another with chat messages and emojis. With this multilingual event, it felt as if a new tradition was born! We look forward to having everyone back for Poetry Corner in Spring 2022.