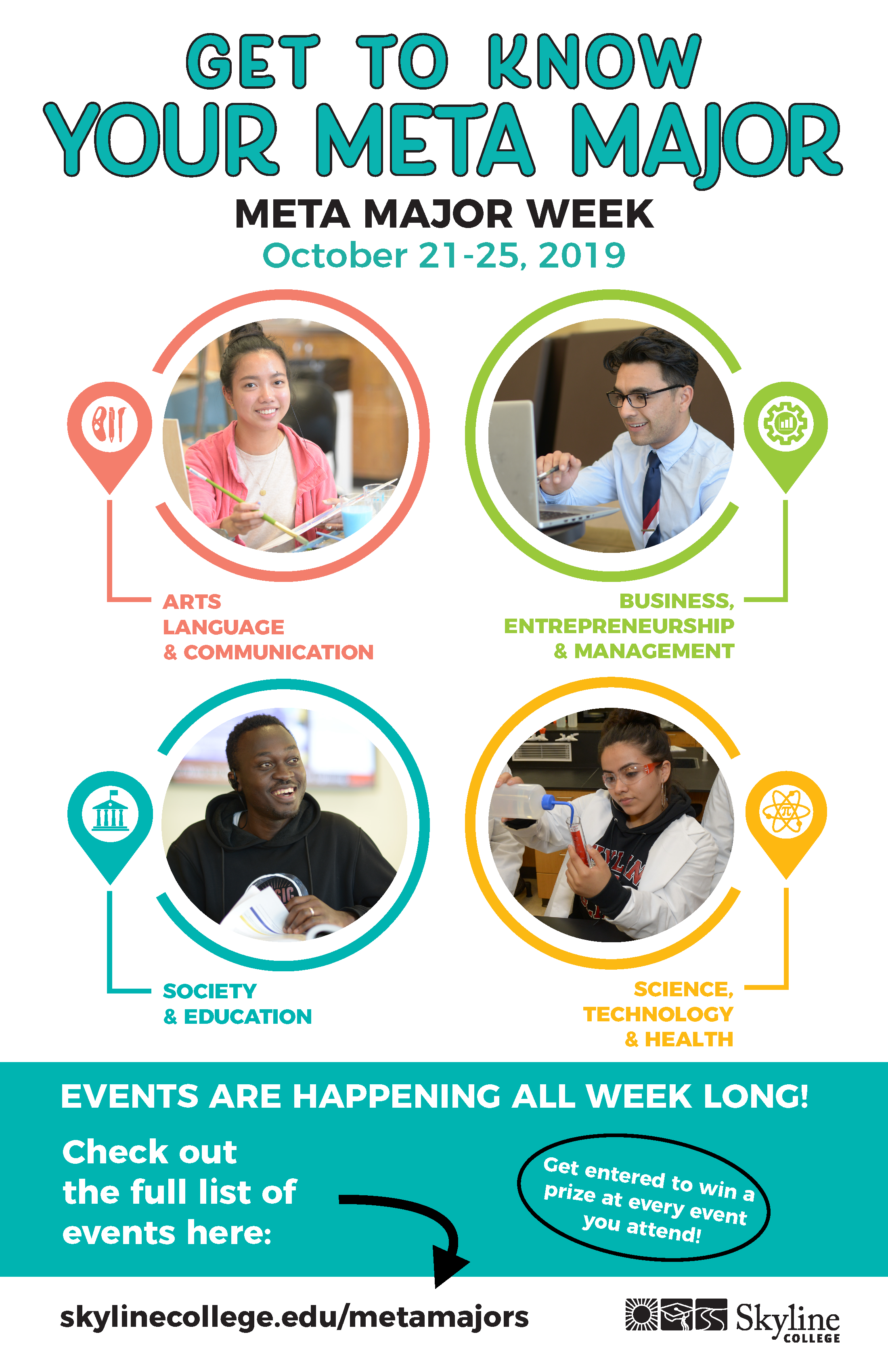 Majors Week is next week! October 21-25, 2019 will be our first Meta Majors Week at Skyline College. The purpose of the week is to:

3) Connect students to resources that exist on campus that can support their educational goals.

Faculty and staff will be hosting a variety of opportunities throughout the week for students to explore each of the Meta Majors as well as career exploration opportunities that will benefit all students. You can help support students and make the events successful by:

Students can enter to win a prize at each of the events. Calendar of events is attached here. More information on Meta Majors Week can be found on the website by visiting skylinecollege.edu/metamajors. Look for daily updates with descriptions of events. 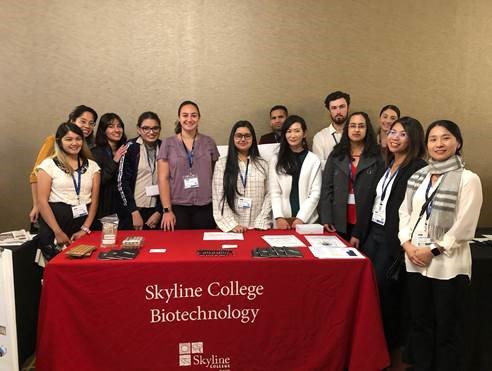 Skyline College’s biology and biotechnology students attended the 22nd Annual Chinese Bioscience Association (CBA) Conference titled “From Disruptive Innovations to Real-World Application” on October 12, 2019 held at Crown Plaza in Foster City. For many of the students, it was their first experience at a scientific conference. Student volunteers arrived as early as 7:45 a.m. to set up the college’s booth to ensure everything was perfect. Students took turns to man the ship and provided information about Skyline College’s Biotechnology Program, its degrees and certificates, as well as shared their experience as a Biology major. Many of the biotechnology students are also members of the West Coast Chapter of the Parenteral Drug Association (PDA) and handed out pamphlets.

Dr. Jing Folsom and Dr. Nick Kapp gave an assignment to each of the students attending. They were encouraged to practice their networking skills by asking to get a selfie with a conference vendor or researcher. The conference lasted all day with multiple presenters. During breaks, students would either man the table and talk to scientists as they walked by or network.

The highlight of the conference was the interaction of computer technology with good old fashioned pharmaceutical medicines. Many of the talks at the CBA conference featured elite biotechnology companies presenting current projects and research on advanced pharmaceuticals for complex diseases such as Parkinson’s, non specific seizures, epilepsy, and Alzheimer’s.

Students were introduced to medical devices like a digital medicine that reminds the patient to take their medicine. The compliance data is sent to their physician to help improve medication outcomes. Patients who have seizures are often told to keep a personal diaries after they have a seizure. This is often problematic for epileptic patients. To assist, a watch and app developed by Empatica, Embrace Watch, was made to detect tonic clonic (a type of seizure) and notify caregivers. The device also keeps data on seizure occurrence and length to better report out to physicians. In all cases, the group observed implications for artificial intelligence use in assisting patients. Data collection would allow artificial intelligence to predict when the patient would likely have a seizure, sending signals to the brain to stop a seizure before it happens. This will replace using service dogs and cats to alert when a seizure will happen.

Another medication is called Proteus, an ingestible sensor hidden in prescription tablets that transmits signals to an online patch. The digital record of medication is stored in a cloud and with permission, health care providers can access when a patient takes their medication. The patch also measures daily activity and sleep quality. Proteus allows cancer patients to inform their doctors about their medication information without taking multiple trips to the doctor or invasive tests. Patients were successful in taking their medications on time due to the notification system provided by the app. This way the app maintains a log of the medication history and vitals, forwarding the information to healthcare providers directly. This eliminates the risk of losing “health diaries” and false verbal information from the patient. This way, patients are able to get better without the pressure of being told what to do from the doctors. The success of patients following their medication regimes in this way, surprised physicians in the study.

The conference was a great opportunity to engage with professionals in the biotechnology field as well as gain knowledge about innovative industrial machines such as cell counters and small particle analyzers. The conference also provided opportunities for students to look for internships, jobs, and mentors.

We look forward to going back to this conference again next year, with resumes in hand. 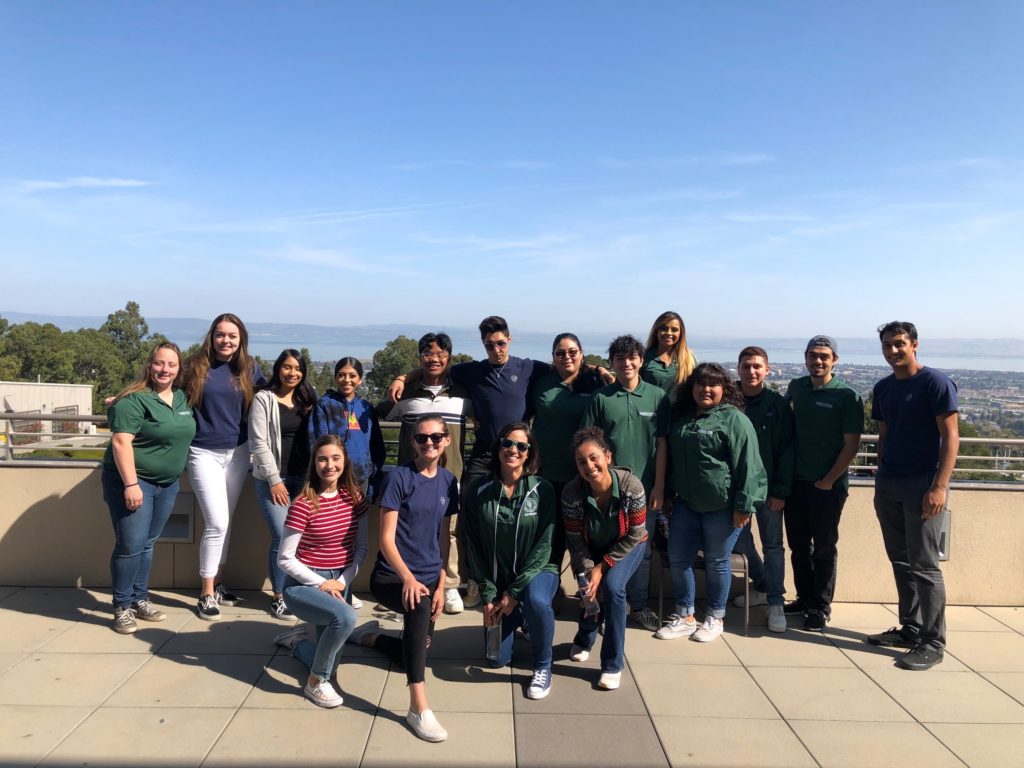 Martin Ulloa, CSM Ambassador, gave a presentation highlighting CSM specific resources and provided a tour of the campus which included programs such as Nursing, Dental Assisting, and Fire Technology. Students were also treated to a private screening of “The Sky Tonight” – a deeper look into our constellations inside the planetarium that showcased their Astrology program.

The trainings were established to onboard new ambassadors and provide opportunity to learn more about each of the colleges. It also serves as a refresher for continuing ambassadors. The goal is to ensure they gain knowledge that helps with recruitment and establish a larger cross-functional outreach team for future events.

Additional training will be held this fall at Cañada College and Skyline College covering various other components such as customer service skills and Customer Relationship Management (CRM).

For more information regarding the trainings, feel free reach out to Jeremy Evangelista-Ramos at evangelistaj@smccd.edu.

Article and Photo by Jeremy Evangelista-Ramos 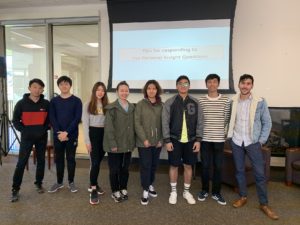 This year, the International Student Program (ISP) established the first ever International Transfer Scholars Program. The program was set up to provide more support to students who are interested in transferring to the University of California institutions or other top schools such as Stanford University. Near the start of the semester, students were invited to be part of the program based on their academic records and active community participation.

As a member of this program, they have access to multiple one-on-one advising sessions with our UC Berkeley representative as well as added support from the ISP team, including academic advising from Carlos Romero, the international student academic counselor. They also receive guidance and support for every step of their application from the start until they have successfully transferred to the school of their choice.

So far, the students have been on a UC Berkeley campus tour, participated in two workshops (one on the UC application and the other on Personal Insight Questions), and have also had at least one advising session with the UC Berkeley representative. We look forward to providing continued support to our transfer scholars!