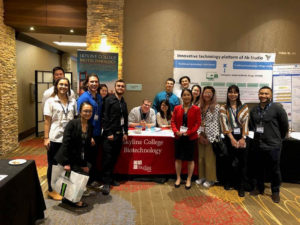 The Chinese Bioscience Association (CBA) is a nonprofit organization founded in San Francisco Bay Area in 1997. Its mission is to promote education, networking and community building for life science professionals. This year’s conference focused on building bridges to biotechnology innovation. For our students, being aware of new technologies and innovations is key to transitioning from being a student to being employed in the field.

Students from the biology, microbiology, and biotechnology programs joined their instructors Dr.’s Kevin Davis, Jin Folsom and Nick Kapp to network with Bioscience industry leaders, CBA board members, and CBA board President Mark Chen. Our Skyline College students deftly shared their educational and professional accomplishments and practiced their networking skills in an effort to cultivate relationships and contacts for future internship opportunities and employment.

Skyline College’s Biotechnology Career Advancement Academy BioBridge program hosted a table and showcased their “Skyline Altoids,” a product the biomanufacturing students created as part of their biotechnology class company project. Next month, students from the biology, microbiology and biotechnology programs will be attending the 7th Annual Discovery Day at AT&T Park on Saturday, November 3, 2018.

Skyline College’s Career Advancement Academy Biotechnology program, BioBridge, is supported by grant funding from the National Science Foundation, grant number 1502042. The BioBridge Program provides a broad foundation of scientific education, hands-on instruction, along with contextualized Math and English courses in a highly supportive learning environment. After completion of this two semester program, students receive a Certificate of Achievement in Biotechnology and are prepared for entry-level employment in biomanufacturing. Skyline College also offers an Associate Degree in Biotechnology for students who are looking for a clear transfer pathway to four year colleges and universities. For more information on the Skyline Biotechnology program, please visit http://www.skylinecollege.edu/biotechnology/.

For more information about the BioBridge program, Career Advancement Academies, and upcoming events, please contact, Nick Kapp at kapp@smccd.edu or (650) 738-4415. 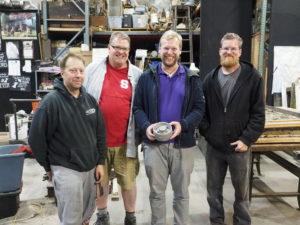 Three faculty members who work with the Engineering and Tech Scholars, in an ongoing effort to continuously learn new or old things tech, toured the Kinetic Steam Works (KSW) facility in Oakland. Kinetic Steam Works is a group of enthusiasts of steam powered machines. They strive to keep the skills to perform early steam technology alive, by offering education, entertainment and demonstrations. The members of the KSW group, meet up to preserve, build and create various period technologies. They have an extra bonus because their facilities are located next to a scrap yard, where they can scavenge or preserve this technology as it goes on its way to the melting pot.

The faculty was introduced to the KSW’s cavernous facility in Oakland and were treated with a tour through their vast hall and a presentation of their amazing tool park that included very exotic lathes, gear cutters, printing presses and many other pre-computer metal shaping tools. The highlight of the visit was a demonstration of how to make a sand cast mold. The faulty melted aluminum out of scrap which comes from the production of Tesla pouring and casting an aluminum pulley. The faculty is hoping to bring some of these techniques back to Skyline College to show our science and engineering students how to create molds to produce metal parts. Something quite old is coming to our new Fab Lab. 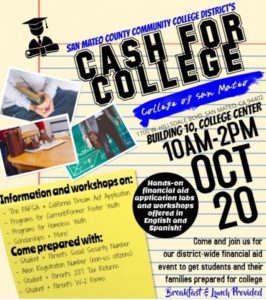 The San Mateo County Community College District’s financial aid offices will be hosting its 2019-2020 Cash for College event on Saturday, October 20, 2018 from 10:00 a.m. -2:00 p.m. The districtwide event will be promoting the new roll out of the 2019-2020 Free Application for Federal Student Aid (FAFSA) and California Dream Act application which opened to applicants on October 1, 2018. Colleges across California host various iterations of Cash for College workshops and events to promote and increase awareness of financial aid to eligible students.

The event will include presentations and labs offered in both English and Spanish and will share information on the types of aid that are available to students, steps to applying for financial aid, important deadlines, and to assist students and their families with completing the FAFSA and Dream Act application. In addition, a resource fair will also highlight our campus programs such as the Extended Opportunity Programs and Services (EOPS), the Dream Center, the Guardian Scholars Program, SparkPoint, and our Promise Program to first time, full-time students attending Skyline College Fall 2019. The event is open to everyone and will include breakfast and lunch for all attendees. To register for the event, please visit: goo.gl/cGCnoo. 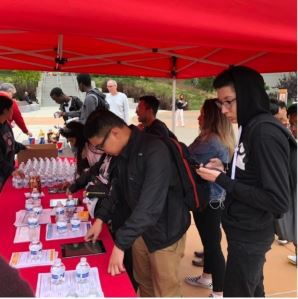 On Thursday, October 4, the financial aid office hosted its fall Financial Aid Awareness Day attracting over 150 students. The event promoted the new 2019-2020 FAFSA and California Dream Act application which opened for students to apply on October 1, 2018. Students were invited to learn some of the new changes and features that rolled out with the 19-20 applications such as the myStudentAid mobile app which allows students and their families to complete the FAFSA on their smartphones. Free Costco Hot Dogs were provided to students after completing a brief survey regarding their current use of financial aid which includes the California College Promise Grant (CCFG) fee waiver, grants, scholarships and the Federal Work-Study program.

Students were also exposed to the fall financial aid workshops and the upcoming scholarship season. The financial aid office will be hosting a Scholarship Kickoff event on November 5, 2018. For more information or questions regarding financial aid, please visit the website: www.skylinecollege.edu/financialaid.

Article and Photo by Jeremy Evangelista-Ramos

College can be confusing, and students often find themselves overwhelmed. Peer Mentors are here to help ease the adjustment to college life!

The Peer Mentoring program works closely with Promise Scholars, Counseling 100 Faculty, Middle College, and other programs across campus to provide workshops customized to student needs. Workshops planned for Fall 2018 include:

For additional information about Peer Mentoring, our current mentors and workshops, or how to schedule an appointment, please visit our website at https://skylinecollege.edu/peermentors/

From Censorship to Citizenship: Learning Commons Events Challenge Us All to Speak Out 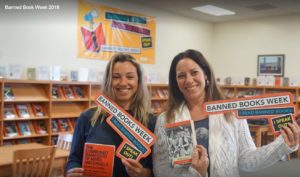 Essential ideas championed by American libraries — the freedom to read what we want, the role of books in an informed democracy, and the rights of citizens and citizenship — received a flurry of attention during September at the Learning Commons.

Special events marked “Banned Books Week,” a national awareness event showcasing books historically excluded from schools and libraries. Among the banned books that flew off the library’s shelves during the month were 24 favorites handpicked by Skyline students, faculty and staff in a survey.  On September 27, selections from many of these were featured at a Banned Books Reading before a packed house at the library. Each reader chose passages or scriptures to share while giving background on the reason behind the book being banned.

“Banned or Not?” an interactive library exhibit, challenged students to guess which ones, from a selection of books, had been banned in the past. The exhibit was accompanied by “Censorship by the Numbers” literature to answer vital questions about the why’s and how’s of censorship in America.

A Citizenship Day booth, hosted by the Skyline College Dream Center, the USA student club, and the Learning Commons, gave students a place to voice resistance to current immigration policies while also promoting awareness, through shared messages of support for Skyline College’s nearly 400 undocumented students who live, work, and study without the protections of citizenship. The library has a core collection of books about undocumented immigrants on display through October.

San Francisco Peninsula People Power came to the Learning Commons on September 25 to promote Voter Registration Day and help people register to vote.  Additional voter registration forms are available through October at an Exercise Your Rights information table in the library.

During October, the Library is recognizing National Hispanic Heritage Month with a mini-exhibit of books by LatinX authors and a poetry reading by English Instructor Brandon Diaz on October 8, 2018 at 1:00 p.m. – 2:00 p.m., in Skyline College Library. See you there! 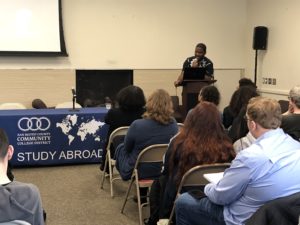 Dr. Brown collaborated with Skyline College’s South Africa Study Abroad program in 2017 and 2018 at the University of Johannesburg. He led a session on cultural identity in South Africa for SMCCCD students as part of Professor Danielle Powell’s two-week Intercultural Communication course. Many students found Dr. Brown’s session to be a watershed moment of their respective academic experiences. His lecture on October 2, 2018, however, was the first time that he gave a lecture to Skyline College students in the U.S.

Dr. Brown presented his lecture, Humanizing Education through the Spirit of Ubuntu to over 50 students, staff, and faculty. Ubuntu is an African philosophy that connects human existence and well-being as a collective responsibility. Dr. Brown shared his life journey and intersecting identities with students. He explained how education was what allowed him to break out of the script South African society had pre-written for him. He described the Power of the Decimal (e.g., 30.0 is greater than 5.00), explaining that no matter what number of resources we begin with in life, education is a tool to move the decimal over. He encouraged students to use education to move their decimal, to find their identity, to write their script, and to make positive changes in society.

Later in the afternoon, Dr. Brown hosted an interactive workshop for students in the ASTEP Learning Community and Women’s Mentoring and Leadership Academy. The workshop, titled The Self in the Learning Space: Education for the Realities of Today and a Hopeful Tomorrow, incorporated many of the key themes that students learned during the summer Study Abroad Program in South Africa.