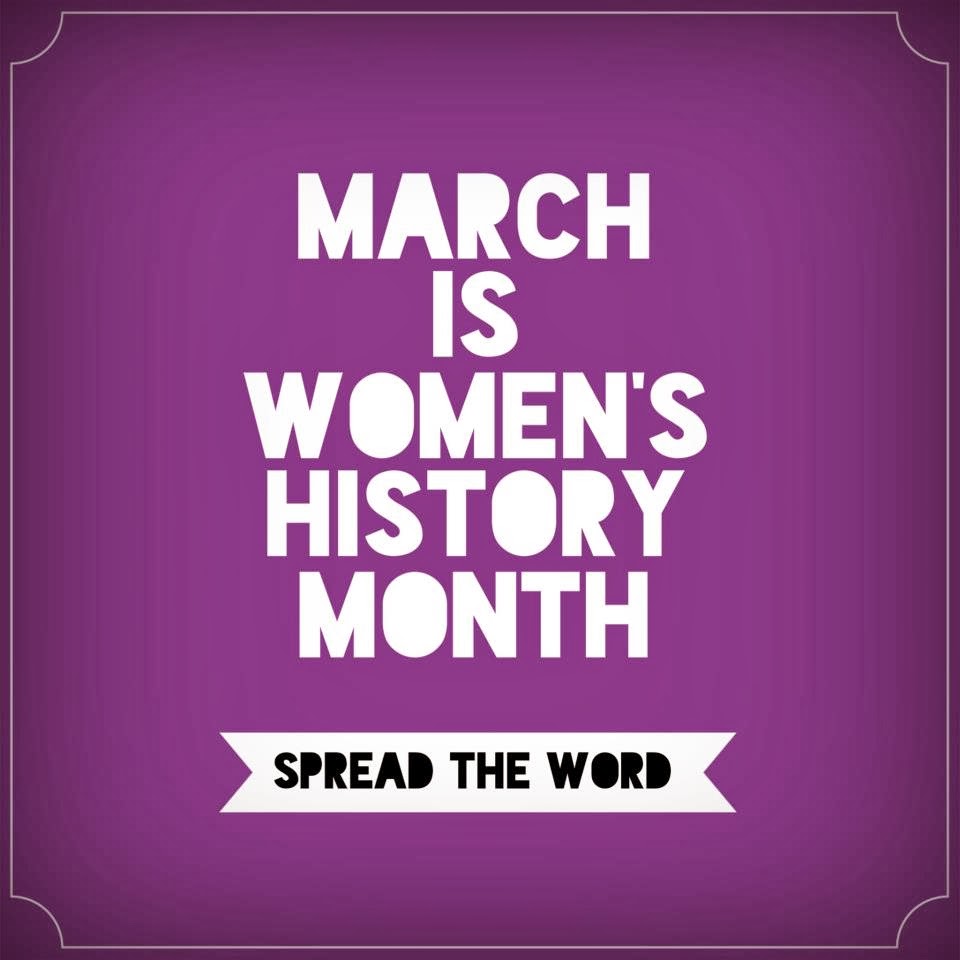 Congratulations to Clarisse Domingo (middle) Fall 2013 Radisson Intern who was hired as a result of her exemplary internship service.

On Monday, February 24, the new intern class attended an orientation and workshop to acclimate them into the program. The interns were given assessments to determine specific areas of interest and were treated to a presentation on the importance of obtaining job skills.  The orientation featured speakers from the Career Resource Center, YEP, CITD and the RHT program.  All programs offered their support and resources to the interns.

Via the Internship program, students are exposed to valuable experiences such as:

This internship opportunity is available each academic semester to all Skyline College students regardless of their field of study.  Congratulations to the new class of interns and welcome to the family.

The professionalism and willingness of participants speaks to the strong commitment individuals have in this sector to build exciting opportunities for students.  Christine Roumbanis represented Skyline College this event.  This activity is part of the Deputy Sector Navigator, Retail, Hospitality and Tourism “Learn and Earn” Grant awarded to Skyline College and the California Community Colleges Doing What Matters for Jobs and the Economy Initiative through the State Chancellors Office.

You are invited to come and learn the secrets of great public speaking.  This dynamic workshop will be led by renowned public speaking expert & business owner, Michael Neuendorff.

YEP encourages participation from all Skyline College students, especially those participating the Spring Business Plan Competition, to take advantage of the various workshops that take place throughout the course of the semester.

Please spread the word! For more information on the YEP program or to register for this workshop, contact: stroudp@smccd.edu.

Irene Yim currently serves as co-President of Skyline College’s Society of Asian Scientists and Engineers where sheencourages students to apply for research internships and has taught workshops on scientific resume writing. Irene was the 2013 Annual Biomedical Research Conference for Minority Students winner in microbiology for her undergraduate research presentation. She has also previously served as the President of Skyline College’s Phi Theta Kappa Chapter-Beta Theta Omicron, where she helped develop a service project for middle-school science programs called SMiLE (Science for Middle-school Laboratory Experience). As the coordinator for SMiLE, Irene has not only promoted the importance and fun of hands-on science learning, but has also provided service-leadership opportunities for Skyline College students. SMiLE has taught over 600 middle-school students. Irene is double-majoring in microbiology and food science. Prior to starting at Skyline College, Irene worked as a professional chef.

David Zay Latt emigrated from Burma in 2006. He is a second-year political Science major at Skyline College. Currently, he serves as the Student Trustee for San Mateo Community College District and represents over 40,000 students at three colleges. He also serves as the Vice President of Fellowship for Phi Theta Kappa and has been an activemember since 2012. Previously, he has received a Distinguished Service Award from PTK Chapter at Skyline College for his active service. Last year, he started the Model United Nations Club at Skyline College after participating it throughout high school. In 2013, he has received the Geraldine H. Read Memorial Award from World Affairs Council of Northern California for his commitment to student engagement in International affairs.

On Friday, February 21st, The Spoken Word group, Young, Gifted and Black “Sheroes” gave an electrifying performance at Skyline College. This internationally recognized group of high school students, guided by artistic director Hodari Davis and Manager Lee Davis, spoke with knowledge, eloquence and passion about social and historical issues relevant to the African American Community and certainly our society as a whole. Thanks to Ira Lau and the Media Lab you can see their performance.

The ASTEP learning community organized a Spoken Word Contest, supported by the Skyline College Book Store, with prizes of $100, $75 and $50. 12 individuals, one duet and one entire class- the Environmental Science Class- presented performances in the Fireside Room of Bldg. 6 on Thursday February 27th. All of the works were deemed excellent by our panel of judges and after deliberation, first place was awarded to Samattra Vuthy, Second place to the duo of Courtney Fils and Vika Jimenez and third place was a tie between Lady Flor Partosa and Elvin Tapawan.

Black Professionals in the Sciences Speak at Skyline College

Each semester, ASTEP hosts a potluck to combine ASTEP student families with good food and fun. This year was no exception, with over 50 students participating in our pot luck dinner. This semester students and ASTEP faculty were addressed by Vice Presidents Dr. Sarah Perkins and Dr. Joi Blake and several Deans. Then we were lead in a communication exercise by Kwame Thomas. Good food, good times- so much that we forgot to take pictures. This photo is taken by a student of the clean up crew!

Noted sports attorney Everett Glenn, the recipient of the 2013 Trailblazer Award in recognition of his long and distinguished career in sports, spoke to a group of over 100 students of the Cosmetology Program on Tuesday, February 26, 2014.  The event was sponsored by the Cosmetology Program through Program Coordinator, Kim Jackson, as part of Skyline College’s series of events celebrating African-American Heritage Month.

Attorney Glenn has represented over 30 NBA and NFL performers over the years, including 13 players selected in the first round of draft picks, several All-Pro performers and 3 inductees into the NFL Hall of Fame.  He retired from actively representing individual players to lead the National Sports Authority, a non-profit organization to help college athletes. Attorney Glenn now helps the students, whose athletic capability fuels the college and professional capital-generating pipeline, become true beneficiaries of the financial harvest their talent has helped to create.  The National Sports Authority is also helping diverse businesses, organizations and professionals gain comparable visibility and access to the sports industry’s spending on goods and services.

During his “Conversation on Entrepreneurship,” Attorney Glenn shared his own entrepreneurial experiences and successes.  He encouraged students to develop and nurture their entrepreneurial interests and skills in preparation for life after Skyline College.  In response to corporate consolidation and down-sizing generally, Attorney Glenn advised the students to look beyond trying to just “get a job” to developing entrepreneurial approaches/ventures around making the goods, products and services associated with the beauty industry better, more efficient, cheaper, more environmentally friendly, etc. as ways to move their entrepreneurial dreams forward in their area of study.    Appropriately, several campus resources like SparkPointalready in place at Skyline to help students develop the skills and traits required to be not only cosmetologists and estheticians, but also successful entrepreneurs.

For more information on the Authority, contact Everett Glenn, President, at 562.619.8560 | eglenn@thensa.org | www.thensa.org

Please join us in welcoming James Pierre, the new Supervisor of Custodial Operations at Skyline College.  James comes to us with 4 years of experience managing facilities and supervising employees responsible for the management and maintenance of the plants.  James is a veteran having served the country in the US Navy, beginning as an enlisted personnel as a machinist mate.  He later went on to Officer Candidate School where he was commissioned as an Engineer Officer.

Mr. Pierre holds a Bachelors of Science in Neuroscience and Applied Mathematics from Columbia University.  He says that he is quite happy to be a part of the San Mateo County Community College District team and looks forward to supporting the students in their efforts to succeed at Skyline College.

The two-day training provided attendees with the skills necessary in banquet serving such as tray carrying, napkin folding and formal/informal table settings and excellent guest service. In addition to learning these skills, participants had the potential to earn industry recognized certifications offered through the California Restaurant Association, the certifications included: ServSafe Food Handler and ServSafe Responsible Alcohol Training.

This was an industry-driven partnership project that was built with the support of leading industry partners in San Mateo County which include: Hilton SFO Bayfront, Hyatt SFO Airport, San Mateo Event Center, Primed and Prepped, Peninsula Works, and Acrobat Outsourcing. With the completion of this course, participants have gained skills that will assist them in workforce entry into hospitality careers and have learned the many exciting career pathway opportunities available in the Hospitality and Tourism industry.

Banquet server training is not the only stop on the RHT tour. For more information on future hospitality events and workshops contact Andrea Vizenor at vizenora@smccd.edu.

This activity is part of the Deputy Sector Navigator, Retail, Hospitality and Tourism “Learn and Earn” Grant awarded to Skyline College and the California Community Colleges Doing What Matters for Jobs and the Economy Initiative through the State Chancellors Office.